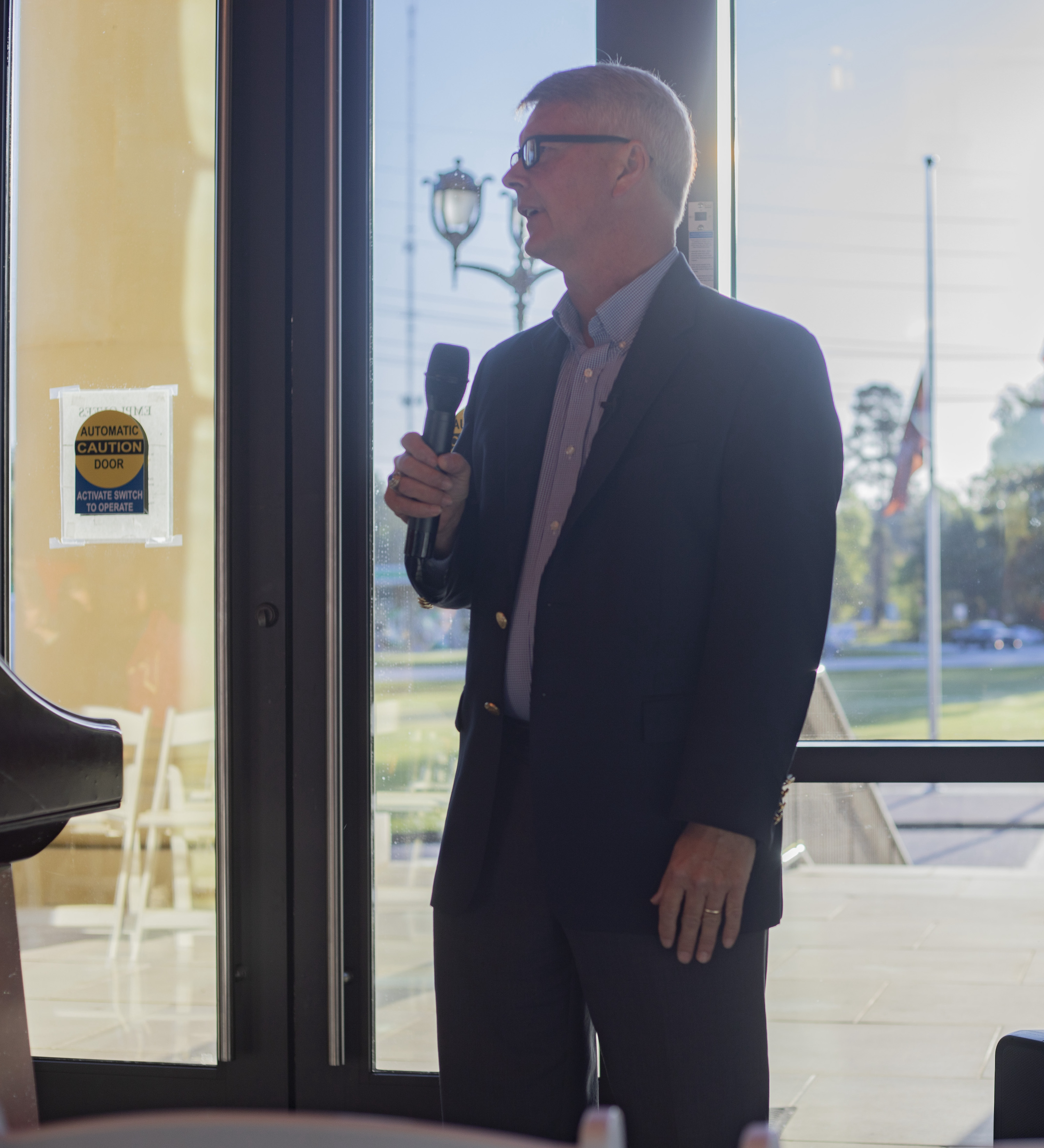 Terry earned a B.S. in Applied Science from the U.S. Naval Academy and served for six years as a surface warfare officer in the U.S. Navy. He went on to work in a variety of roles in the private sector over the course of 20 years, culminating as president and CEO of HD Supply Waterworks. After a very successful career in business, Terry decided to become a teacher. He has said that herding middle schoolers through downtown Savannah on a class trip and creating their rooming assignments for those trips may actually prove more daunting than organizing naval fleets across the world. Terry comes to us today all the way from the big city of Barwick, GA, where he and his wife, Jan, enjoy quiet farm life. See a recap video here!